Sophia Takautz and Her Hopes for Women’s and Gender Studies 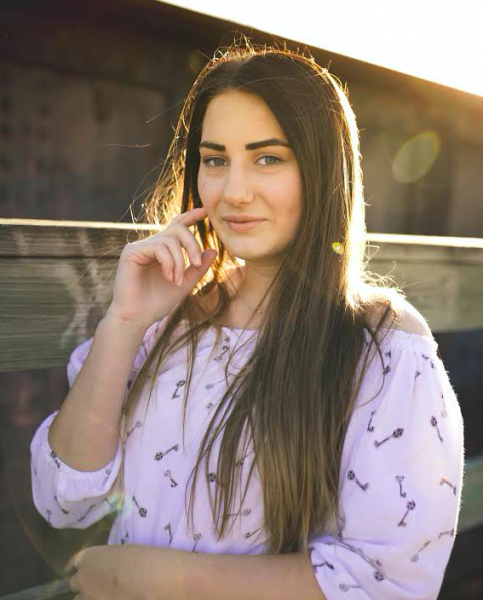 Sophia Takautz (she/her/hers) is a first-year Women’s and Gender Studies student at Iowa State this year. She is from a small town in Minnesota and was excited to become a part of the large university of Iowa State.

Originally, Sophia came to the university with psychology as her declared major, thinking that the university didn’t have a Women’s and Gender Studies Program. But as soon as she realized that one existed, she knew she had to switch right away. She has always been interested in women’s health, how women have gotten to where they are today, and the whole “girl boss” attitude.

“I want to be able to know more [about women] and be able to help younger women with that,” says Takautz.

Takautz also has a minor in biology, which she intends to intersect with her knowledge of women’s and gender studies to help her get to her goal of going to medical school to become an OBGYN.

“I want to go to medical school. I want to be an OBGYN, but no matter what: I want to go in[to] women’s health,” says Takautz. “Women’s studies just makes sense for the path that I want to go into and my biology is just an extra background for that.”

Although she is only a first-year and has yet to take a Women’s and Gender Studies class, she is excited to take part in the variety of classes that the program offers.